I noticed that the two types of rifle ammo are called FMJ and SP. And apart from a way for me to distinguish the two from each other I cant gain anything else from the names. I have, though, googled the two terms since weapon termology isn't my strong point.

Which begs the question, why write about it here if you already know what they are?

I figured any game element that causes the player to minimize the game and pull up wikipedia, is non-intuitive at best. And thus a slight renaming or something along the lines of that would be great. You could even add a single gun magazine page that compared the two ammunition types to each other.

And for any other non-weapon experts out there: FMJ is for Full Metal Jacket and is plainly put a round with high penetration, easily lacerating organs in its path. SP is for Soft-Point and is a round designed to expand on impact in order to deliver high impact force at the cost of less penetration.

Yeah, that's something which might need to evolve in NEO Scavenger. Since the game was originally designed for browser play, I figured folks would have other windows open anyway. Later on, I added the ability to expand to a resizable window, which starts getting into a more traditional game style.

Now that the game is getting into downloadable clients, it might be time to start thinking about full-screen usage, and keeping all necessary info internally. This actually overlaps a bigger issue, that of whether to try and keep NEO Scavenger 800x600 so it can play nice in a browser and on Flash portals, or to abandon that resolution to start trying full-screen.

I guess I could also try to do both, though having two resolutions means multiple UI layouts and builds, and that starts to get tricky.

Not an easy decision, but you make a valid point!

Actually the game seems to scale pretty well (atleast in Adobe). But there is that black bar to the right, which it would take a widescreen UI to fix. One solution I have seen before is to keep the same format on the UI but simply center it and then have some thematic artwork in the black space created by the widescreen. 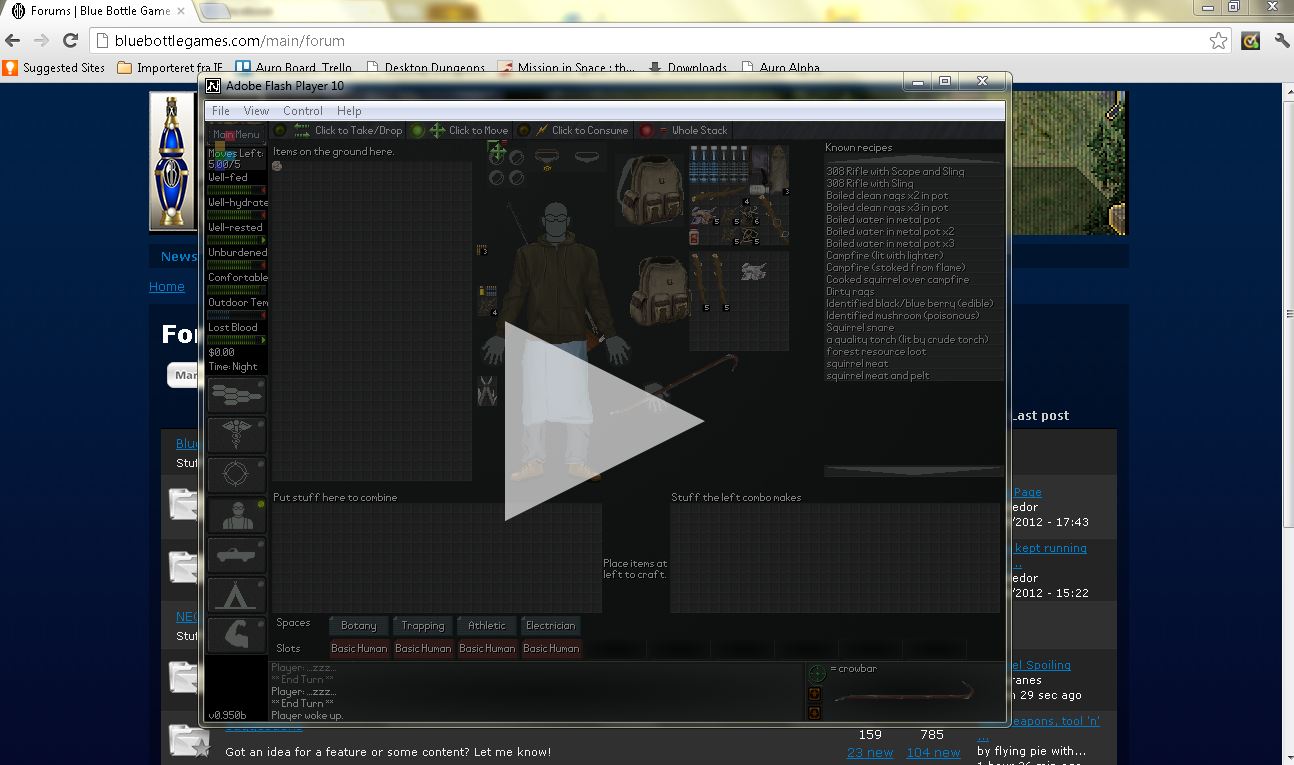 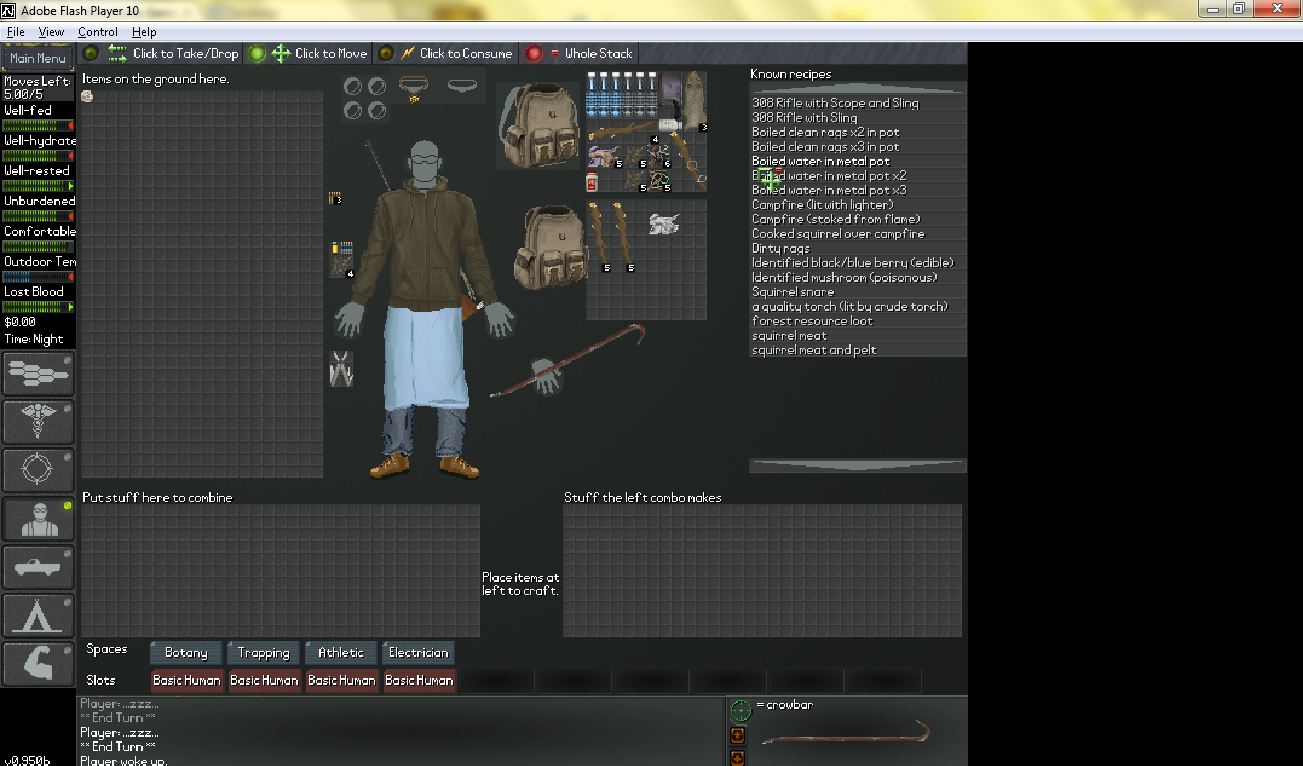 Yeah, I've seen the fullscreen being centered in some titles, such as Defender's Quest. That works pretty well.

Before I do that, though, I want to come up with a plan for a higher res. I really would like to do a version of the game at 2x resolution, since it would keep the art's pixels intact. But I'm worried 1600x1200 is a difficult size for many users. I may need to rearrange UI to fit widescreen, or try a some new UI elements to be more efficient.

I'll probably need to sit down with my site logs to see what the most common resolutions are.

The scaling issue depends a lot on the final size's multiple of the base size. Integer zoom levels look great, since the pixels just multiply in size. But fractional sizes really can be hard to look at, especially text, which gets these random chunks added to letters.

I like pixel art, but this is definitely one of the down-sides!

This is a point where I have little expertise beside what I've already said. But I can say that I run a 1366x768 resolution.