Remember to Vote! (for Ostranauts Features)

Your voice matters! Voting season is upon us, and the best way to see the changes you want most is to make your voice heard.

That goes for Ostranauts, as well!

With the current game features finally in a place where we can play longer sessions, folks are turning their attention to what's next. And while we have some ideas of where we could go next, we thought it would be a good idea to see what our spaceship captains thought.

That's why in today's patch, there is a very special new feature: Feature Voting!

Starting with today's build, and for the next two weeks, you'll find a voting kiosk in the game's starting area. And for players already finished with character generation, there's also a PDA button labeled "Vote" on the screen's left side.

Using either option will open this UI: 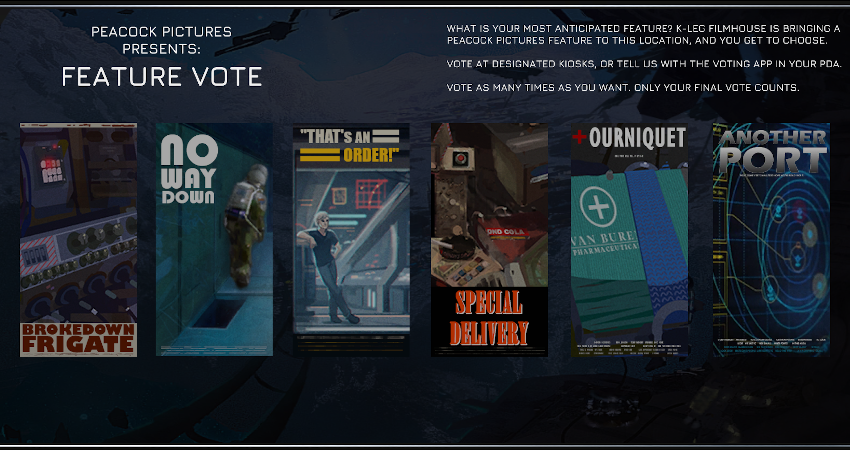 where you can preview each of the features we are considering next by rolling over them. When you've decided on which one appeals to you most, simply click it, and your vote will be logged!

Vote as many times as you like, and we'll simply count the last vote you cast.

Voting will remain open for two weeks, and we'll send a reminder around before we close the polling to catch anyone who missed it.

So get on out there and vote! Make the world a better place!

And while you're at it, vote on an Ostranauts feature, too :)

Tags: Ostranauts
All News Articles
Stay ConnectedStay up to date with the latest releases, media reports, and game updates.